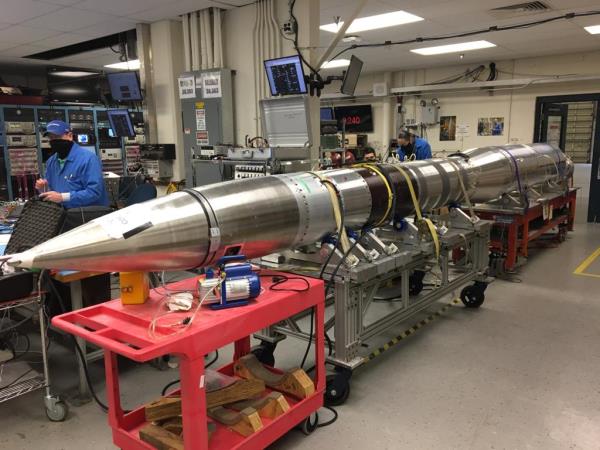 X-rays from space bombard Earth on a daily basis. The sources and characteristics of these X-rays are not clearly understood.

A January 2022 NASA sounding rocket mission called the Diffuse X-rays from the Local galaxy, or DXL, hopes to shed light on the sources of soft X-rays that hurtle towards Earth from elsewhere in our galaxy.

DXL will launch on Black Brant IX sounding rocket between 10 p.m. EST January 4 and 2 a.m. January 5, from NASA’s Wallops Flight Facility in Virginia. Backup launch days are January 5-17. The launch of the two-stage rocket may be seen by residents in the mid-Atlantic region.

While not harmful to humans on Earth, soft X-rays can make changes in the Earth’s ionosphere which can disturb radio communications and the accuracy of GPS navigation systems. They have lower energy as compared to hard X-rays, which are used in imaging for medical applications.

“Very low energy diffuse X-rays from space are believed to come from two sources,” said Massimiliano Galeazzi, the principal investigator for the DXL mission from the University of Miami, Florida and Vice President of the Miami Scientific Italian Community “The first source is located outside our solar system and is generated by remnants of multiple supernovae explosions forming what is now called the Local Hot Bubble region of our galaxy. The second source is within the solar system and is generated by the solar wind charge exchange. DXL seeks to gain a better understanding of the nature and characteristics of these sources.”

This will be the fourth flight of DXL. The first flight in 2012 confirmed the Local Hot Bubble as a source of these X-rays. Data from the flight indicated that only about 40 percent of the soft X-ray background originates within the solar system, which means the LHB is the dominant source.

Live coverage will begin at 9:40 p.m. EST on launch day on the Wallops YouTube site.

The NASA Wallops Visitor Center will not be open for this mission.